Playing Cards
A Bit of History

Voltaire, a French philosopher once said about playing cards, “Each player must accept the cards life deals him or her: but once they are in hand, he or she alone must decide how to play the cards in order to win the game.” Which leads us to the question, where exactly did the cards come from?

Most of us had our first cards come from Mom and Dad. As toddlers, a used deck kept us busy and out of their hair. Soon we graduated to Go Fish and War. Then as teens we went on to penny poker nights. We learned how to play and we played to win. As adults we’re still playing cards, be it sociable games with our friends or a little Blackjack, Poker, or Baccarat at the casino.

The earliest known history of where cards came from dates back to ancient China, where it is believed that they were invented during the 9th century. Some historians suggest that the first cards may have been actual currencies that were used for games of chance. The money cards had four suits: coins, strings of coins, myriads, and tens of myriads. A myriad is a group, lot, or heap of currency. (One myriad equals 10,000 units.) By the 11th century the popularity of the playing card spread to the entire Asian continent.

Cards first appeared in Europe around 1377. By this time a single deck contained 52 cards comprised of four suits: polo sticks, coins, swords, and cups. Each suit contained ten spot cards. The value of each card was determined by the number of suit symbols on each card. Each suit also had three court cards named; King, Deputy King, and Under Deputy King.

In 15th century Europe the suits of the cards varied from country to country until France invented the four suits which are now the most common: spades, hearts, diamonds, and clubs. It is widely believed that each of the four suits stood for one part of society. Spades represent the nobility of the knights, (the pointed tip signifies a spear.) Hearts stood for the clergy, Diamonds for merchants, and Clubs for peasants. The Europeans also changed the court card designs to represent European royalty: King, Queen, and Knave, who is the son of the King and Queen, or the Prince. Today the Knave is known as the Jack.

Cards first came to America with Columbus in 1492. When the Puritans colonized Massachusetts Bay in the 1600’s’ they outlawed the possession of cards because of their hostility towards games of chance. Nevertheless, card playing prevailed in other colonies and was considered a suitable form of entertainment. As the country expanded, taverns, roadhouses, and Mississippi riverboats flourished with card playing gamblers and sharks. Pioneers brought their cards with them to California during the gold rush.

America stayed with the European design; however after the civil war the American card companies added two Jokers to each deck to promote a popular trump card game called Euchre, though the jokers never gained widespread popularity. Today very few card games use the joker. Among them are Canasta, Crazy Eights, and the casino game of Pai Gow Poker, Where the joker is a wild card.

Presently there are over nine hundred card games that use the standard 15th century French deck. Almost every household in the developed world has at least one deck of cards, but a typical casino may use up to twenty five thousand decks in one month. Because skill is required for casino card games, our interest in them will not change anytime soon.

Additional publications about cards, casino gaming, and other products can be found on Amazon. Click on the link(s) below to purchase. 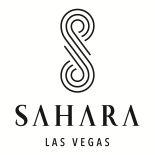